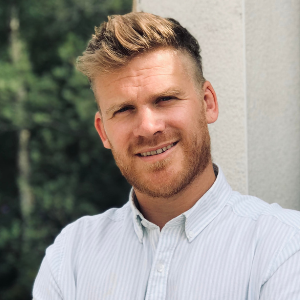 George looks after all elements of fundraising for Evolve Music including trusts and foundations, individual giving and sponsorship. With a fondness for making exciting musical things happen, George is a curator, producer and musician by trade, with considerable time spent ‘on both sides of the microphone.
George’s professional experience includes running corporate choirs and social prescribing projects with ON:SONG (which he co-founded in 2016), reimagining spaces of worship in North London as concert venues with the Music Halls project, and curating ambitious programmes of roots and world music shows across London and the UK alongside folk singer Sam Lee.

Hailing from a musical family, great grandfather Officer Michael Barne was navigator and ship musician with Scott and Shackleton on the first Antarctic expedition. Michael would entertain the crew on his concertina through the endless dark winter days on the icebound Discovery…. A squeeze box that George’s mum still plays!