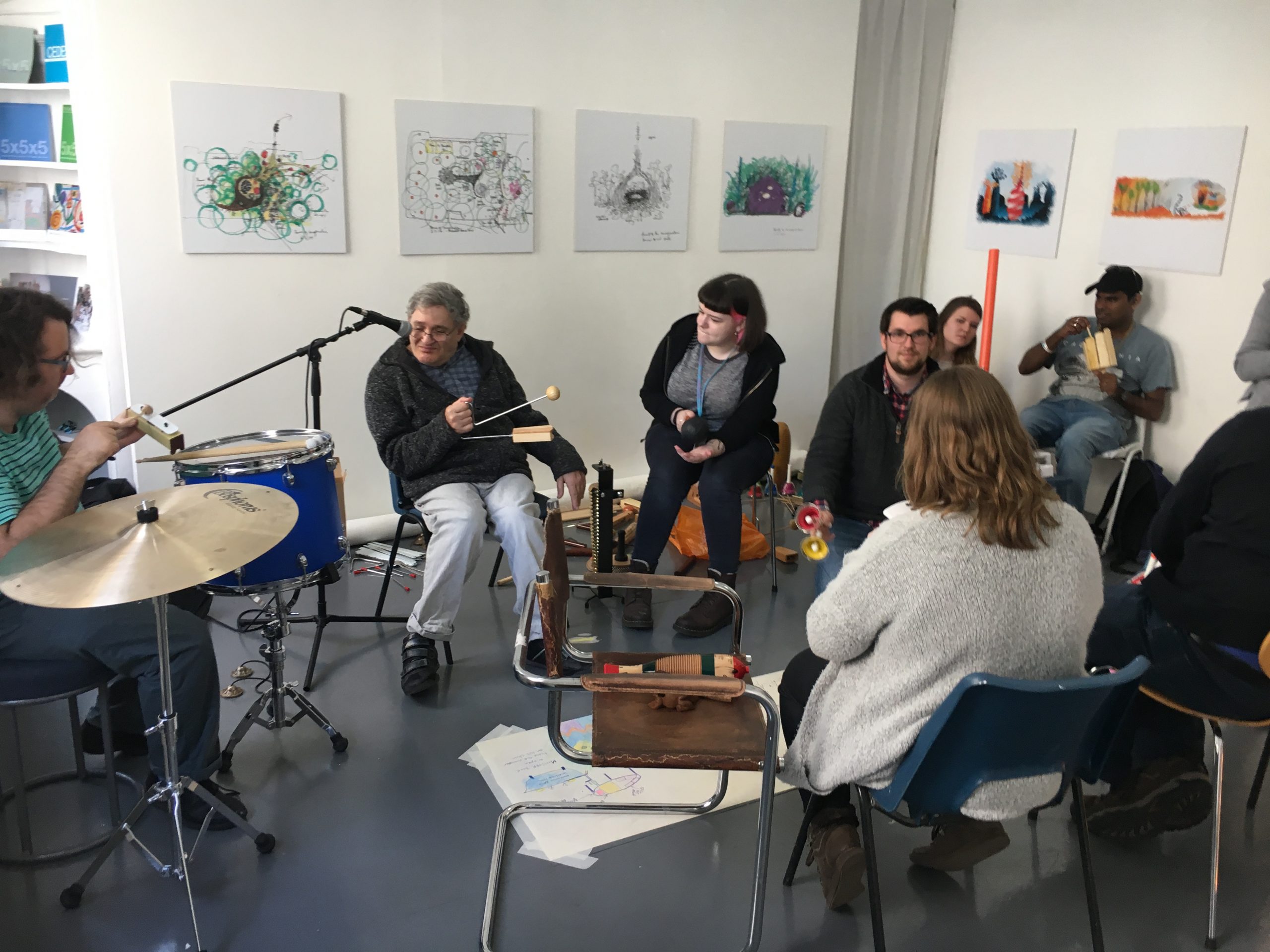 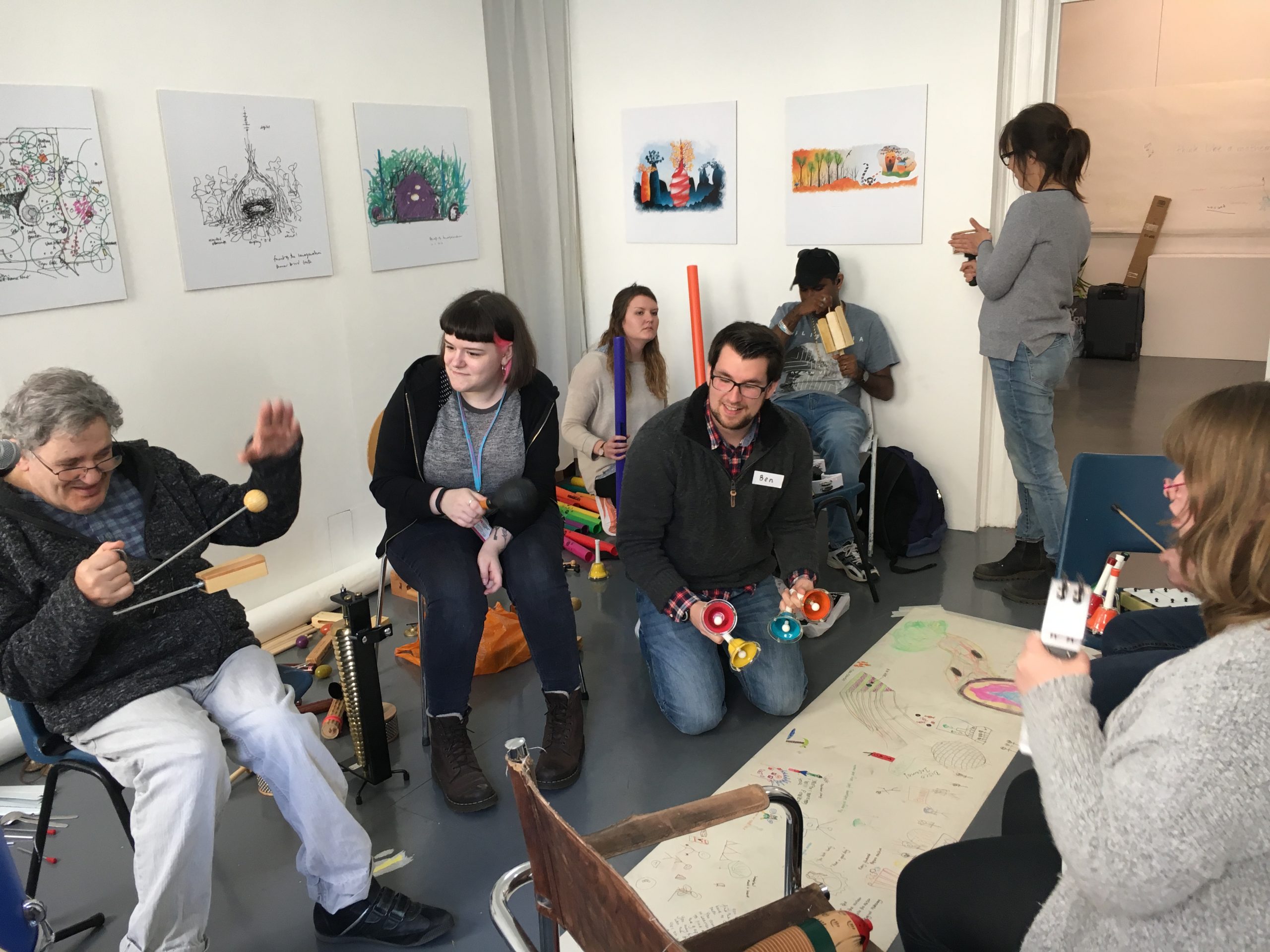 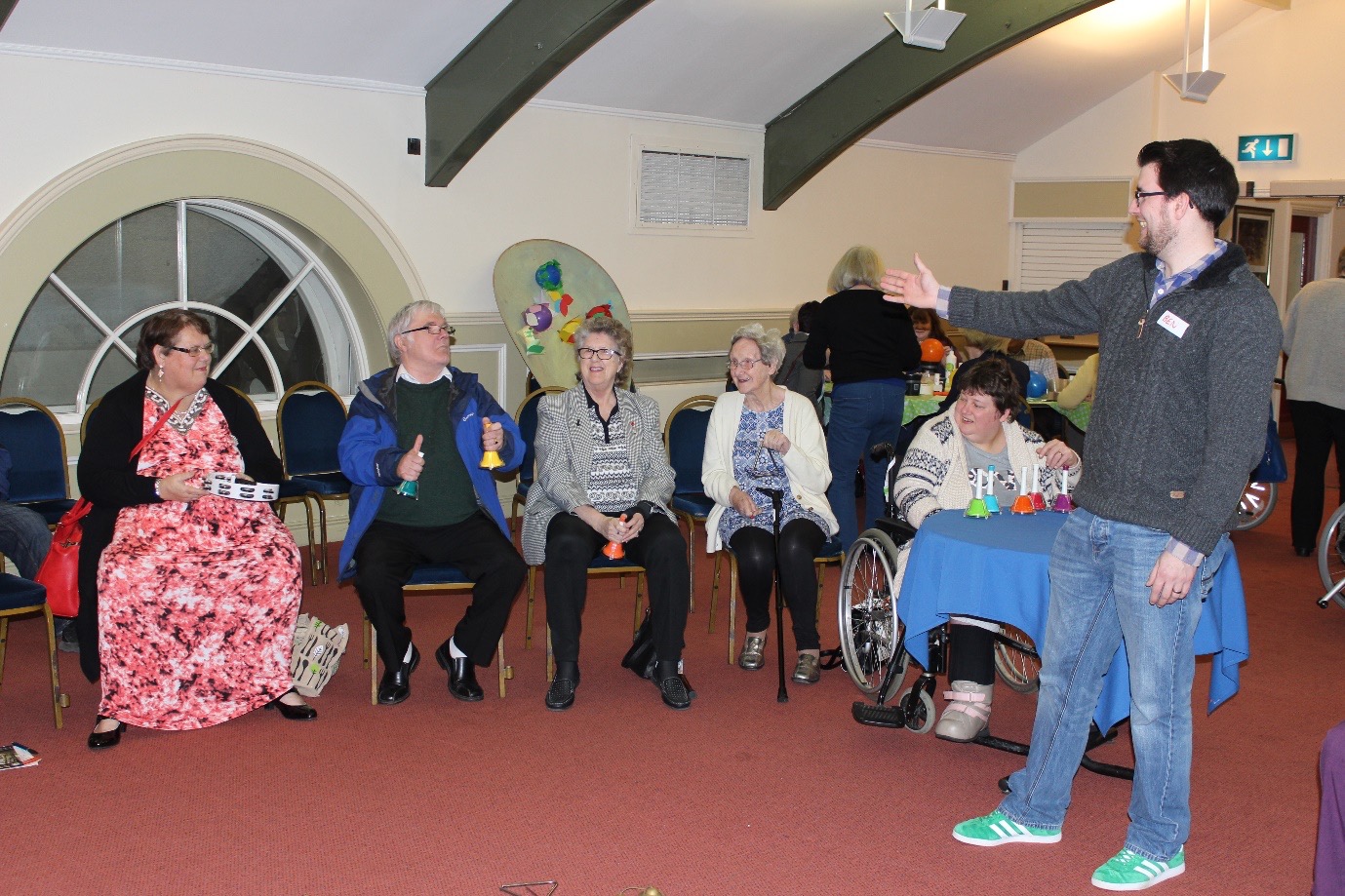 A one-off project working with adults from Action on Hearing Loss at 44AD arts space in Bath. This project was a creative music project which formed part of 5x5x5=creativity’s ‘House of Imagination’ event.

A one-off creative music project working with people from Wiltshire and Swindon Users Network as part of the organisations 25th birthday celebrations at Devizes Town Hall.

SWALLOW Bistro Evenings was a partnership project between SWALLOW charity and Evolve Music where SWALLOW members worked with music leaders to create their own pieces of music. After the creative music session, the members shared their piece with their friends and family which they had invited to the evening. After this everyone shared food that some of the SWALLOW members who work in the SWALLOW Cafe had prepared.

The project took place at the SWALLOW Cafe and gave the members an opportunity to explore music-making in a fun and social way with friends and family members there to support them.